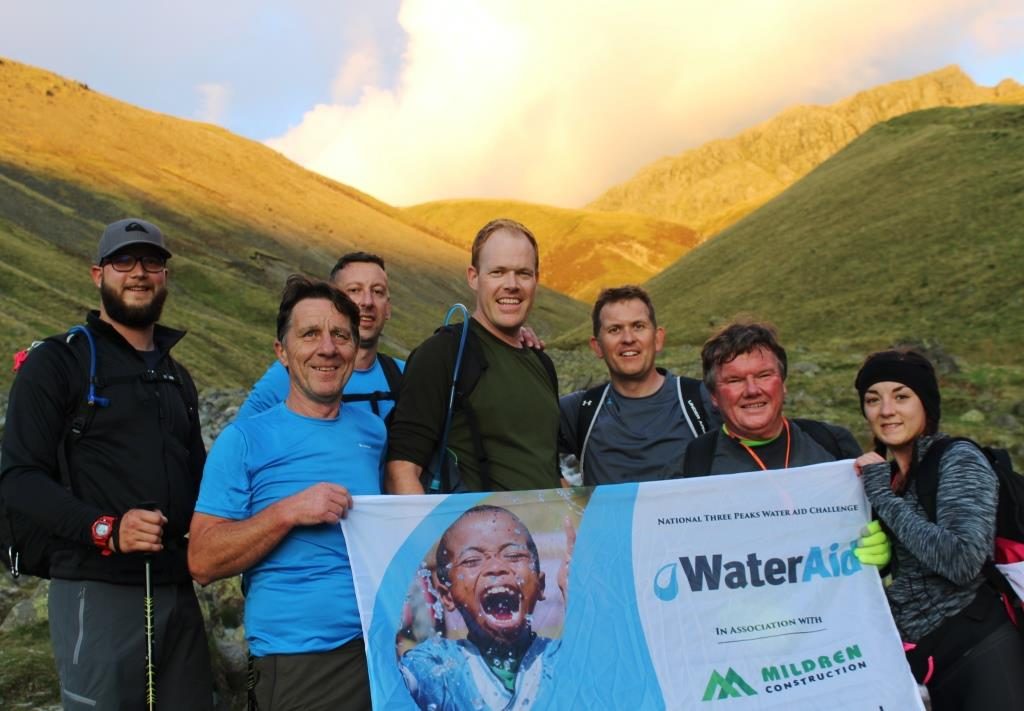 The event was organised by Business Development Manager Jon West and the rest of the team of ten was made up with Ashley Harvey (Commercial Director), Jon Murray (Contracts Manager), Paul Stacey (Buyer), Dave Stokes (Quantity Surveyor), Luke McKenzie-Harvey (Site Manager) and only the female participant was Laura Bendall (Assistant Financial Controller).

The 36 hours driving challenge for the round trip to Scotland and back was shared between Dave Gillingham (Site Agent) and Steve Parrett (Non-Exec Director).

The climbers set off at the crack of dawn on Friday 8th September, when they left Mildren Construction’s Matchams Lane Head Office at 5.30am.  They drove for twelve hours to Fort William in Scotland where they stayed overnight.

The following morning at 5.30am they commenced their ascent of Ben Nevis – the highest of all, at 1,345 metres.  Next they headed to Scafell Pike in the Lake District which is a mere 978 metres.  The third and final peak to be conquered was Snowdon at 1,085 metres, before the weary climbers headed back to Dorset on Sunday 10th.

Jon West said: “We had fantastic Weather for Ben Nevis, and even got to see the top which is normally surrounded by Clouds! Scafell Pike was equally clear, though was walked mostly in the dark, but we had some great views of the night sky at the top.

“The weather on Snowdon was a different story altogether with gale force winds at the top and driving rain for three hours whilst we were on the descent.

“Our target time was to complete the challenge in 24 hours but unfortunately with factors outside of our control, including traffic and bad weather on Snowdon, we were unable to meet the time we had set ourselves. However, we’re over the moon that everyone completed the whole challenge without incident and we all got home safely – albeit very tired.”

The nominated charity is WaterAid, who Mildren have supported through different events in the past, whose aim is to provide “clean water, decent toilets and good hygiene…. for living a dignified, healthy life” across our planet.

Jon added; “We are still collecting money in, but at the last count we had raised over £2,800 for WaterAid which will go a long way towards achieving their goals and by working together we can strive to reach everyone, everywhere to transform millions more lives for good.

A Highly Commended for Mildren at the Solent Business Awards