This contract comprised of the replacement of Knights Little Bridge which carries the A339 over the Ecchinwell River just north of Headley, Hampshire.

The A339 is the main highway link between Newbury and Basingstoke and is used by traffic often travelling at high speeds.

The existing single span post tensioned bridge was demolished and replaced with the construction of a pre-tensioned ‘T’ beam deck on piled abutments. Closure of the A339 was never a realistic consideration and two way traffic was diverted via a contractor designed Mabey temporary bridge structure and approach roads.

The overall site was particular confined and incorporated a number of accesses to private properties. The Ecchinswell River is classified as a main river and is designated within an area of a Site of Importance for Nature Conservation (SINC). These restraints dictated an onerous programme which included service diversionary works and revetment improvements to the river bed and embankments. 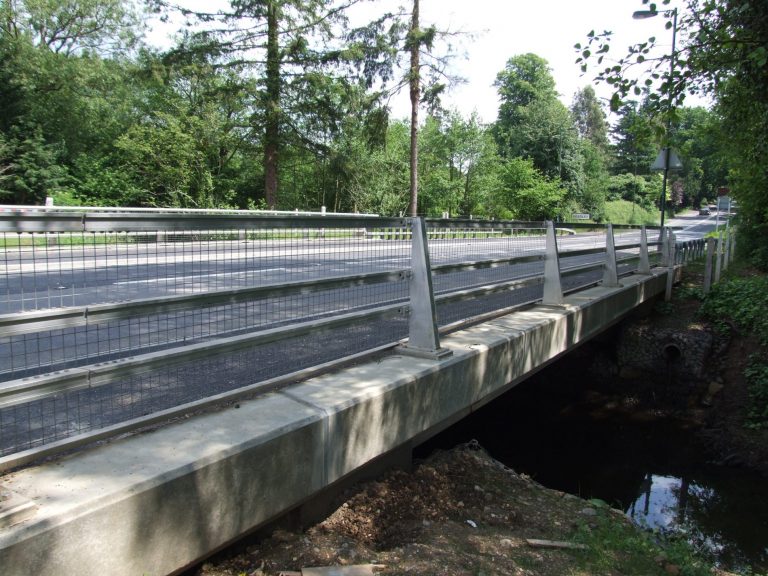 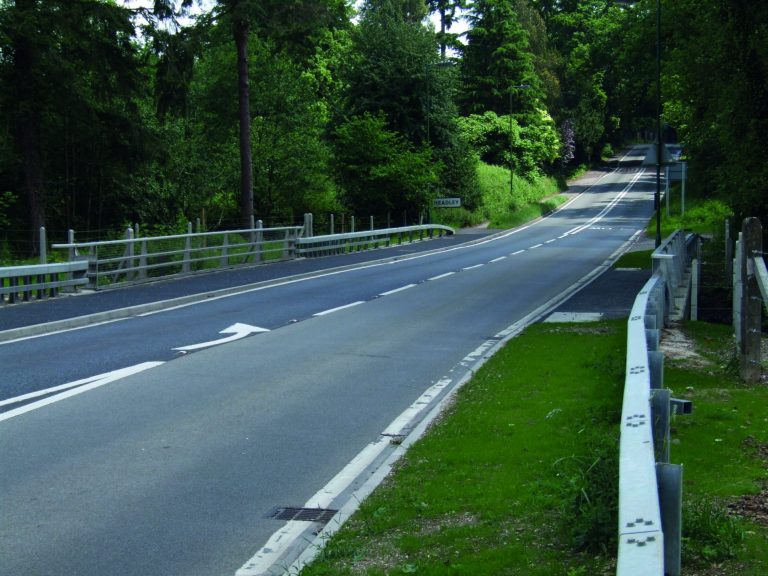 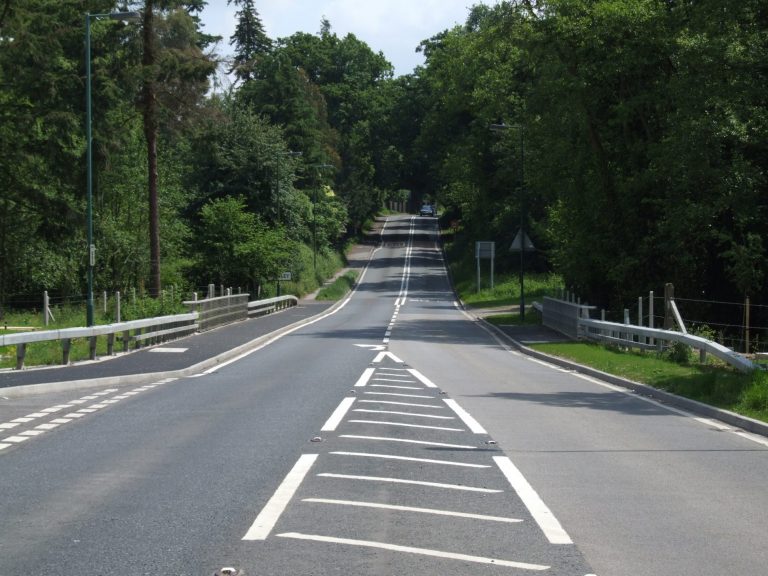 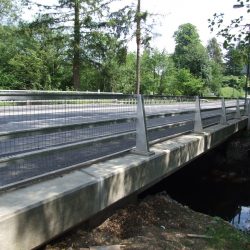 Installation of a new enclosed bridge carrying a 3.0m wide public footway and cycleway over the Romsey to Eastleigh railway line.