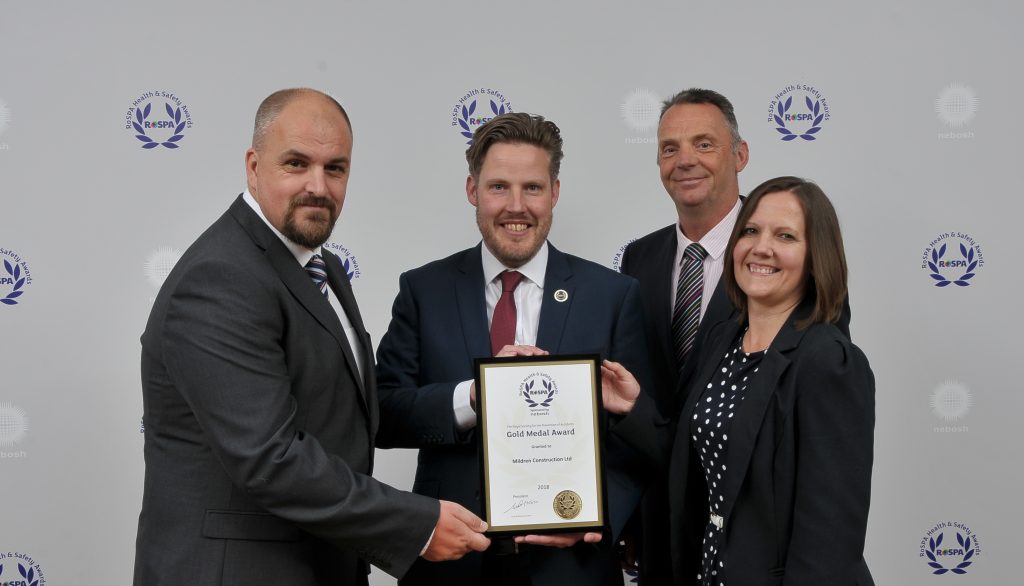 Mildren Construction Ltd, based on the South Coast, has been handed a prestigious award in recognition of 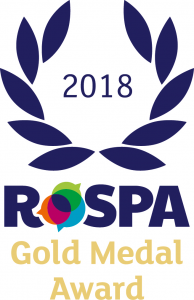 its practises and achievements in ensuring its staff, clients and contractors are kept safe at all times.

Mildren has achieved its 9th consecutive Gold Medal in the internationally-renowned RoSPA Health and Safety Awards, the longest-running industry awards scheme in the UK.

The RoSPA Awards scheme, which receives entries from organisations around the world, recognises achievement in health and safety management systems, including practices such as leadership and workforce involvement.

Simon French, Managing Director (pictured back right), said: ” RoSPA was originally formed to bring down the number of injuries caused by accidents and the awards scheme is now entering its sixty second year.

“Mildren afford the highest priority to Health and Safety and we are therefore delighted to receive our 9th consecutive Gold Award” he said.

Julia Small, RoSPA’s head of qualifications, awards and events, said: “The RoSPA Awards are the most highly-respected in the health and safety arena, with almost 2,000 entrants every year, and allow organisations to prove excellence in the workplace, demonstrating a commitment to the wellbeing of not only employees but all those who interact with it.”

The majority of awards are non-competitive and mark achievement at merit, bronze, silver and gold levels. Gold medals, president’s awards, orders of distinction and the Patron’s Award are presented to organisations sustaining the high standards of the gold level over consecutive years.

Competitive awards go to the best entries in 24 industry sectors including construction, healthcare, transport and logistics, engineering, manufacturing and education.

There are specialist awards for health at work, environmental management and fleet safety, and excellence trophies for the best international, new entry, workforce involvement and organisation operating or based in Scotland. RoSPA’s top accolade is the Sir George Earle Trophy.

Headline sponsor of the RoSPA Awards 2018 is NEBOSH – the National Examination Board in Occupational Safety and Health – for the 13th consecutive year.

For more information about the RoSPA Awards visit www.rospa.com/awards