Previous works packages had already seen a significant amount of site clearance, earthworks and drainage. This particular package of works involved the construction of a 1.7km stretch of new road, including four new bell mouth junctions to tie-in with an existing carriageway crossing the route, as well as create two new off-slips which will eventually form access to new parcels of development land. Works also included for surfacing of both the carriageway and public footpath, installation of a new fourway traffic light system, and street lighting & signage along the route. 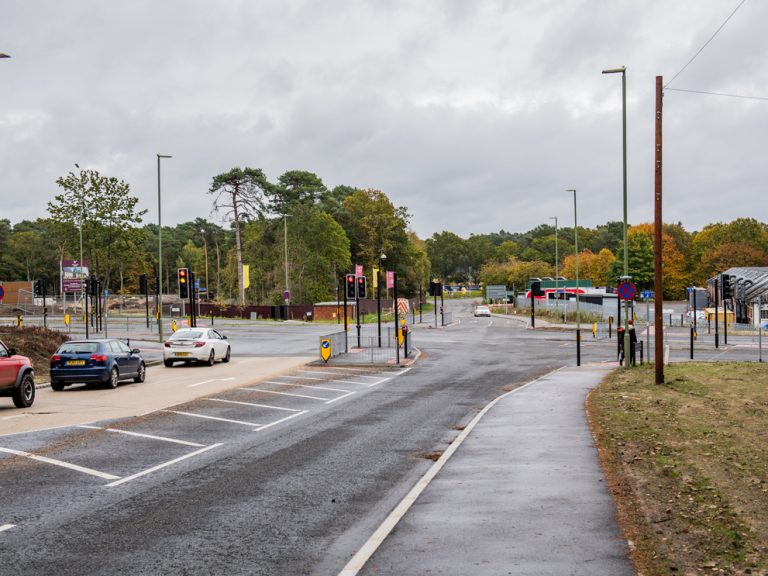 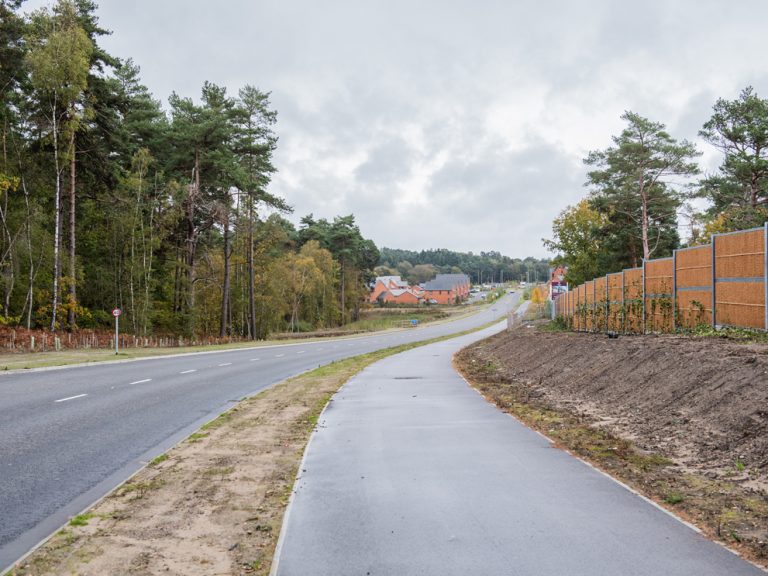 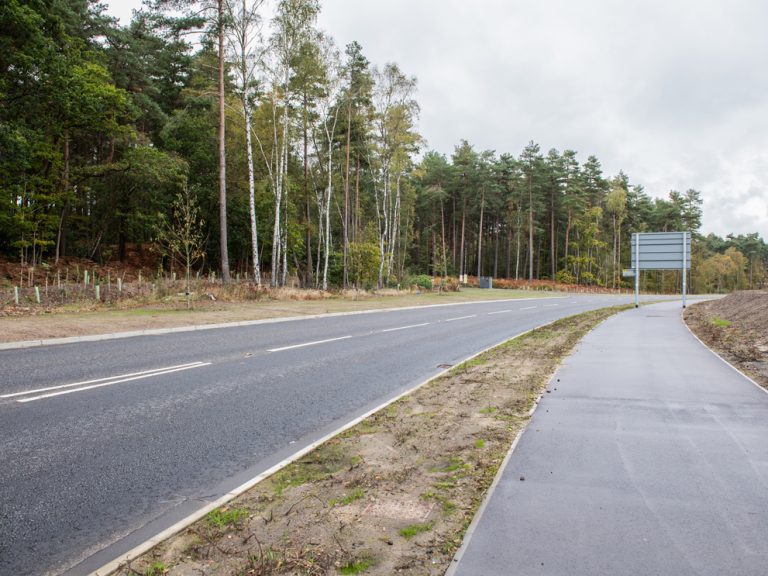 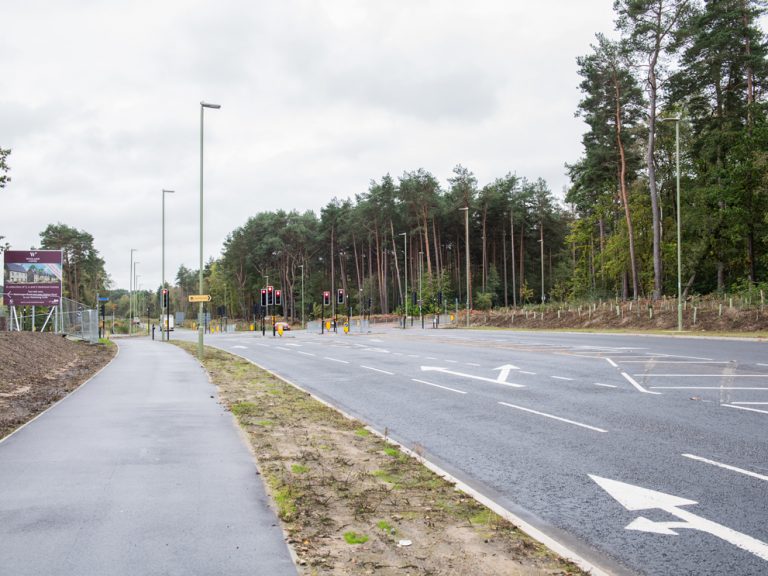 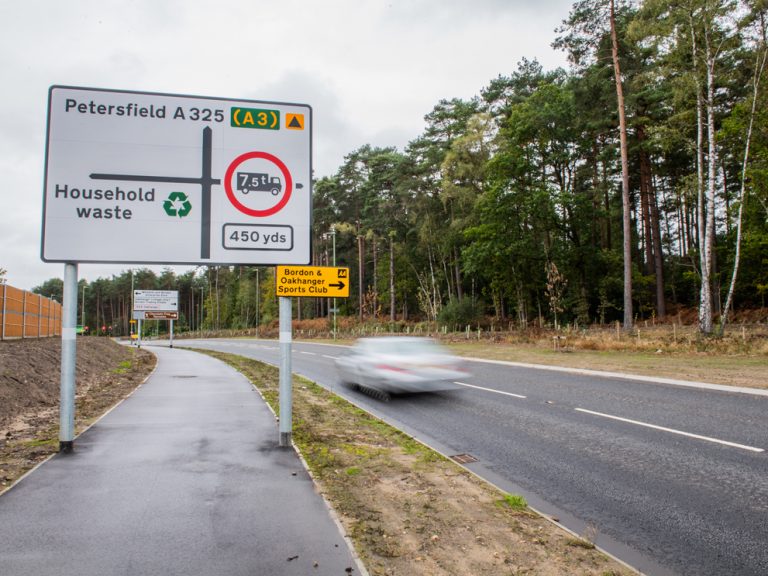 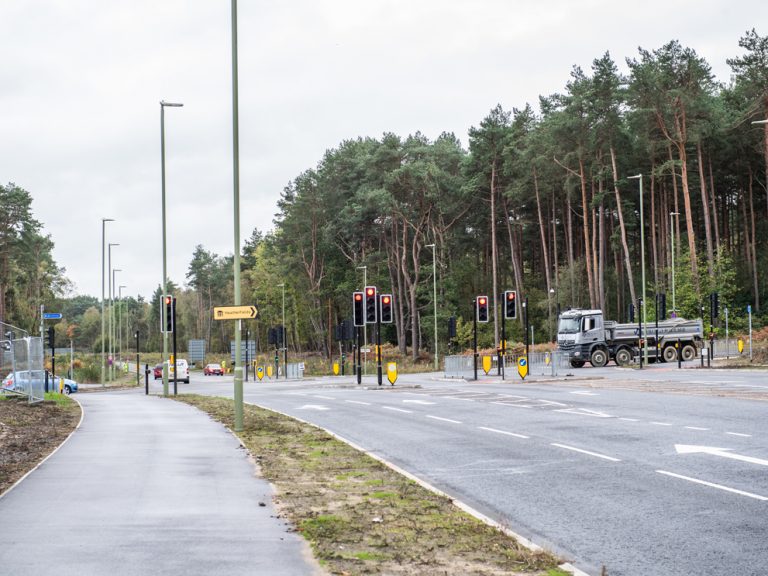 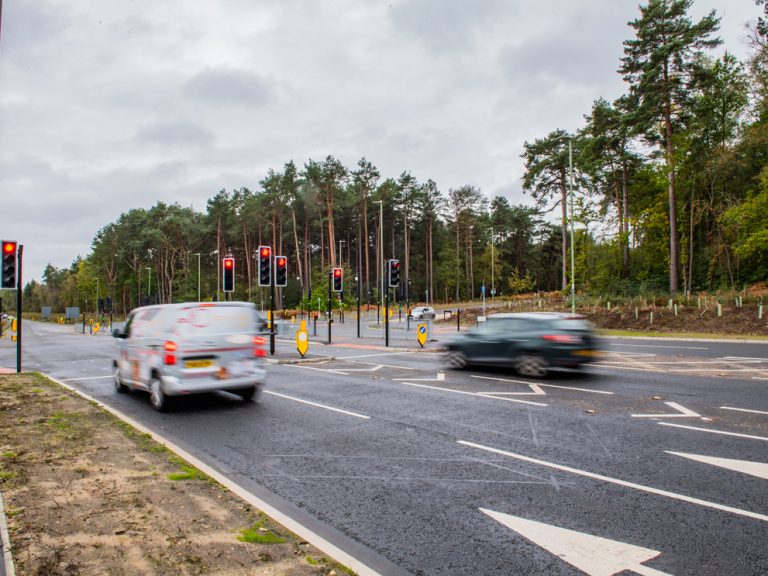 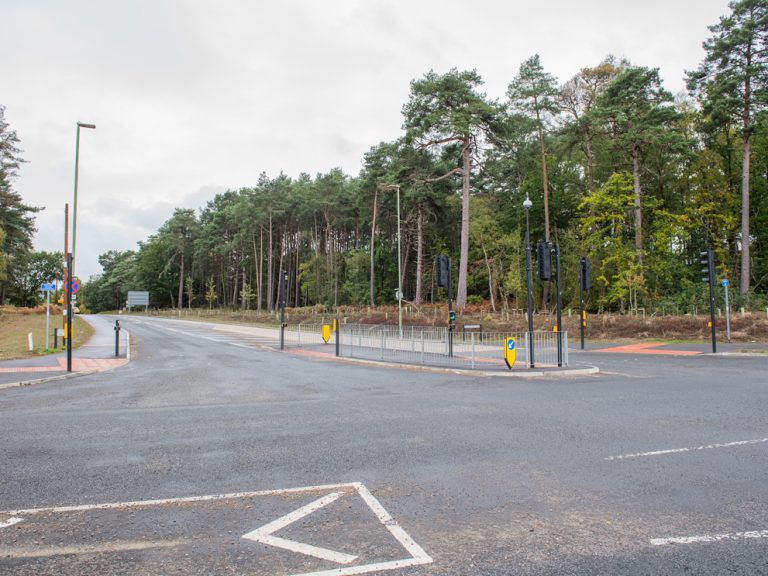 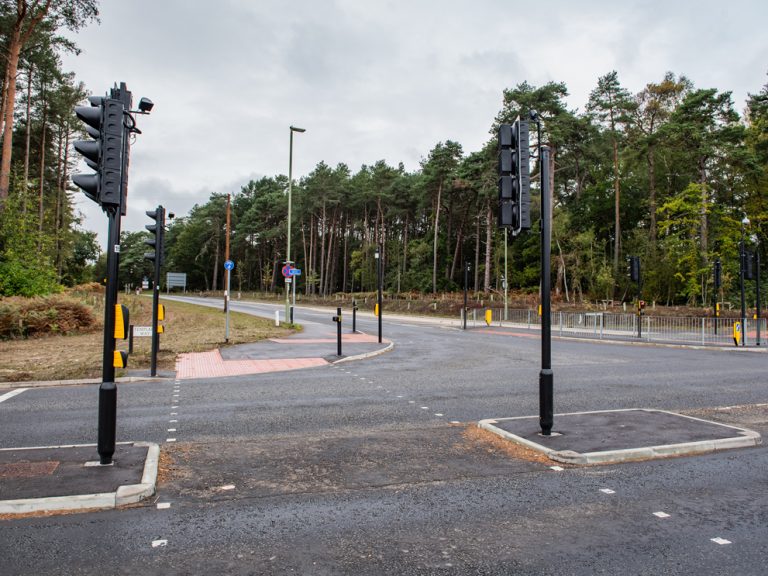 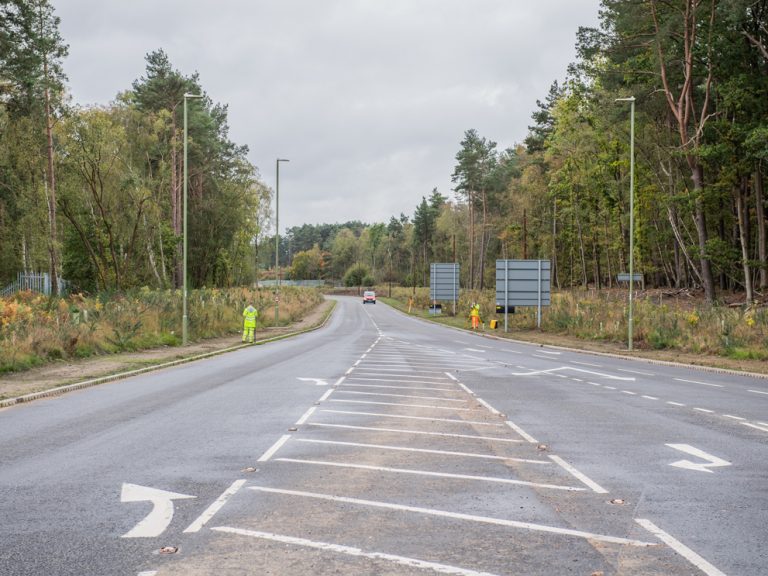 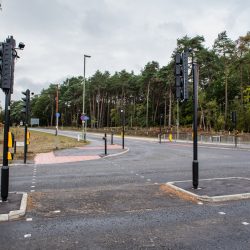